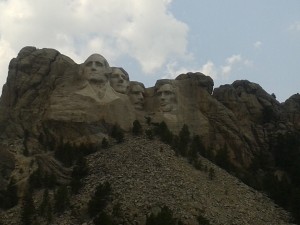 I couldn’t think of a more suitable image to represent President’s Day than one of Mount Rushmore in South Dakota. The actual origin of the holiday dates back to 1885 when it was officially established to recognize George Washington’s birthday which is February 22nd. The holiday is officially called Washington’s Birthday which the federal government still refers to the day. Senator Steven Wallace Dorsey of Arkansas was the first to propose Washington’s Birthday as a federal holiday, and in 1879 President Rutherford B. Hayes signed it into law. The holiday initially only applied to the District of Columbia, but in 1885 it was expanded to the entire country. In 1932 on Washington’s birthday the Purple Heart was reinstated, which is a military decoration originally created by George Washington to honor soldiers killed or wounded while serving in the armed forces. Today it is estimated that 1.8 million Purple Hearts have been awarded according to www.thepurpleheart.com/faqs.

In the 1960’s the holiday began to shift from Washington’s Birthday to President’s Day with the introduction of the Uniform Monday Holiday Act. This was proposed by Senator Robert McClory of Illinois it was felt that by shifting the celebration of these federal holiday’s to Monday’s would reduce employee absenteeism. Also in this Act there was a provision added to recognize Abraham Lincoln’s birthday as well. Lincoln’s birthday was already recognized on the state level in Illinois at that time. The Uniform Monday Holiday Act was passed in 1968 and officially took effect in 1971 with President Richard Nixon signing an executive order.