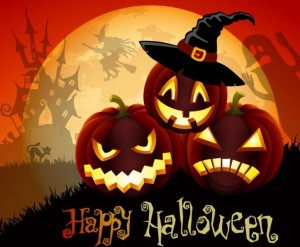 Halloween goes back far into history. This celebration dates back to the Celtic festival of Samhain. Though was celebrated on November the first as a marking to the end of summer and harvest to the beginning of darkness and the cold winter. Celtics believed that the night before the new year, the boundary between the worlds of the living and the dead became blurred. Releasing those mischievous ghosts who would damage crops and cause trouble.

The celebration of Halloween was limited in colonial New England because of the rigid Protestant belief systems there.. Halloween was much more common in Maryland and the southern colonies. The first celebrations in the new world consisted of play parties and public events to celebrate the harvest. Neighbors would share their stories of the dead, tell fortunes and dance around bonfires.

It was not until the middle of the nineteenth century when America was flooded with new immigrants, that Halloween truly began to become popular. Taking form the Irish and English traditions American’s would then use this day as a way to dress up and knock on their neighbors doors in search of money or food, which this would eventually become the tradition known as trick or treating.

The late 1800’s Halloween become more of the celebration we see today, becoming more of a community event. Neighborhood party’s were becoming more of the tradition more than Ghosts and Witches. This get-to-together’s became about food, games, and seasonal costumes. At this time it was encouraged for families to remove the frighten stigmata of the past traditions and make it more family orientated and fun.

So with that being said, Humberson Homes would like to wish you all a Happy & Safe Halloween!

For more information about the history of Halloween please refer to this link: