Everyone knows about Punxsutawney Phil but did you know the history behind the tradition of Groundhog Day.

, when clergy would distribute blessed candles to families at the beginning of winter. The candles were supposed to represent how long and cold the winter would be.The Germans expanded on this tradition with the addition of the hedgehog that would predict the weather. On February 2nd in parts of Europe it is still celebrated in Christian homes. It is meant to celebrate three occasions: the presentation of the child Jesus, Jesus’ first entry into the temple, and the purification of the Virgin Mary. This is not a recognized holiday in Australia, the United Kingdom, Canada or the United States.

Be fair and bright

Winter will have another Flight

In 1887 the first Groundhog Day was 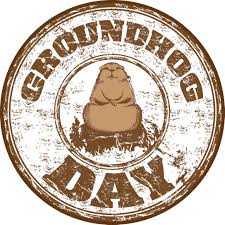 celebrated in Punxsutawney, Pennsylvania. German immigrants to America formed a club that was called the Punxsutawney Groundhog Club and declared that Phil was the only true weather forecasting groundhog that same year. The holiday took on new life with the 1993 movie “Groundhog Day” starring Bill Murray and Andie MacDowell which became a part of popular culture. Many other locations throughout the United States have introduced their own version of Punxsutawney Phil even in this area we have one, he is known as Western Maryland Murray.

So what will it be six more weeks of winter???? My guess is yes! However, I think it is best to leave the forecast to the meteorologists but then again this is Garrett County.